Early cast tips, and a day out

July 23, 2015
I'm sure we have lots more to learn before we become experts at this whole casting thing, but I've picked up a few tips and and tricks so far. 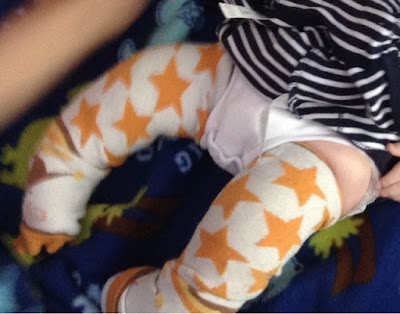 Added bonus? At a first glance, most people just assume you're trying to keep your baby's legs warm, so you get a lot fewer questions about the casts.


M gets dragged out to lots of festivals, activities, and outings because that's what happens when there's a big kid in the house to entertain--someday I should put together a list of our favourite area festivals and outings. Today we spent the morning at TheMuseum in Kitchener, which is an old favourite. They've had a dinosaur exhibit on the third floor for a while now, and for the summer the fourth floor features some returning exhibits (like the balloon room, although I think the new version is an improvement--larger balloons in more colours) and some newer ones. One that was new to us was the Dot Room, an all white space in which kids are given bright coloured dot stickers to place on any surface: 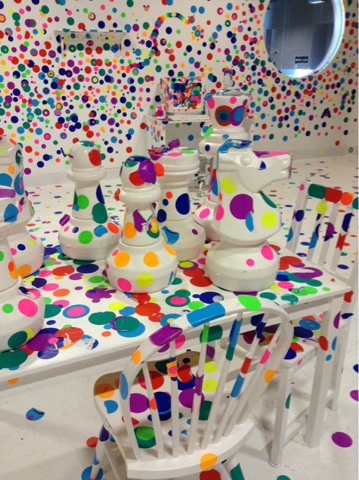 There is even a piano covered in dots! It's a really neat effect, and was apparently mesmerizing for baby eyes as well as delightful fun for bigger kids. I thnk the dot room will be gone when new exhibits come in the fall, so you may want to check it out soon!