A year of Pie


I know, after a month of silence you're probably all expecting an update on M. There isn't much news today, though--tomorrow is his surgery, so hopefully I will be back with an update by Wednesday. Thoughts, prayers, good wishes, etc. are all of course welcome!

In the meantime, I offer distraction in the form of pie. 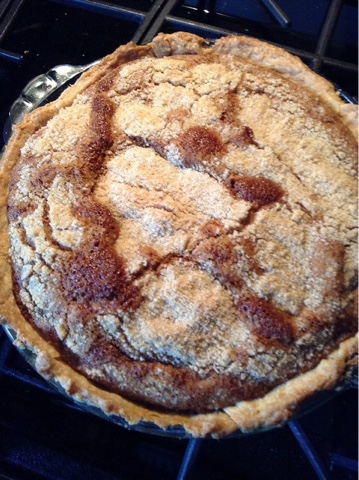 Back in January I "signed up" (that sounds much more formal than what actually occurred) with a group of folks on Ravelry who were planning to make a pie a month for 2016. The pies could be sweet, savoury, small, large--anything goes.

I decided I would do one sweet pie a month. We often do savoury in the form of quiche, too, but that didn't feel like enough of a stretch. E had been begging to make apple pie since Christmas anyway, so for January we kept it simple.

February I was inspired by a recipe shared by the initiator of our little challenge to do Lemon Chiffon. Except the day I embarked upon it, I realized I was out of unflavoured Gelatin. After turning the pantry inside out searching, I decided we would have Strawberry Lemon Chiffon instead, thanks to the packet of strawberry Jell-o I found. (Unfortunately I did not write down the measurements I carefully calculated--it was a few teaspoons to replace the 1 t of unflavoured. I reduced the sugar a bit to compensate, and the pie was delightfully tart. E declared it his favourite pie ever. 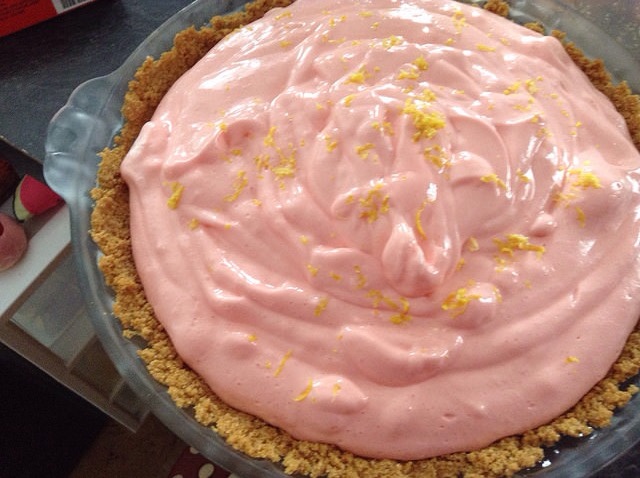 And this weekend we tackled March's challenge. E has recently been reading the Fly Guy series of books, which includes a reference to Shoofly Pie. He was enchanted to learn this is a real dish, and so our mission was clear. I wanted to honour the season and do something with maple syrup, and lo and behold, there are several recipes for a maple shoofly pie. 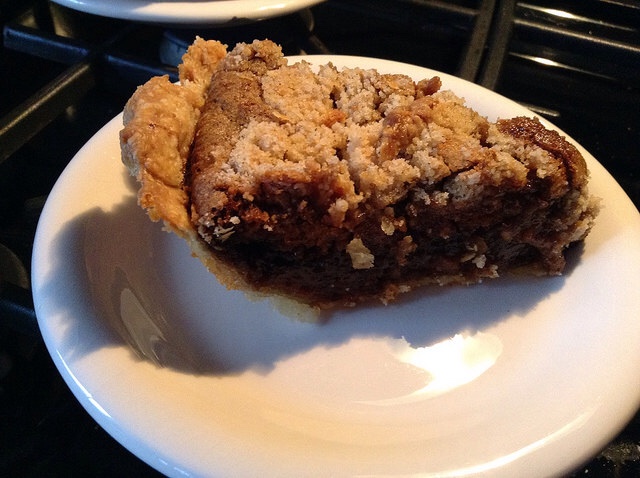 I think the half maple syrup half molasses ratio was just about perfect--rich deep flavour without being overwhelming. I used two eggs instead of one because I wanted it to be more custard like than cake like, and it worked well. It was similar to the filling of a pecan pie, minus the nuts. The molasses flavour was still a bit strong for E, who declared a preference for last month's pie and asked if we could make it again.

Next month we are planning banana cream in honour of little M's first birthday, since he loves bananas. And beyond that, we shall see what inspiration strikes!
cooking eating seasonally year of pie